Percy Jackson And The Olympians: The Lightning Thief – DVD Review 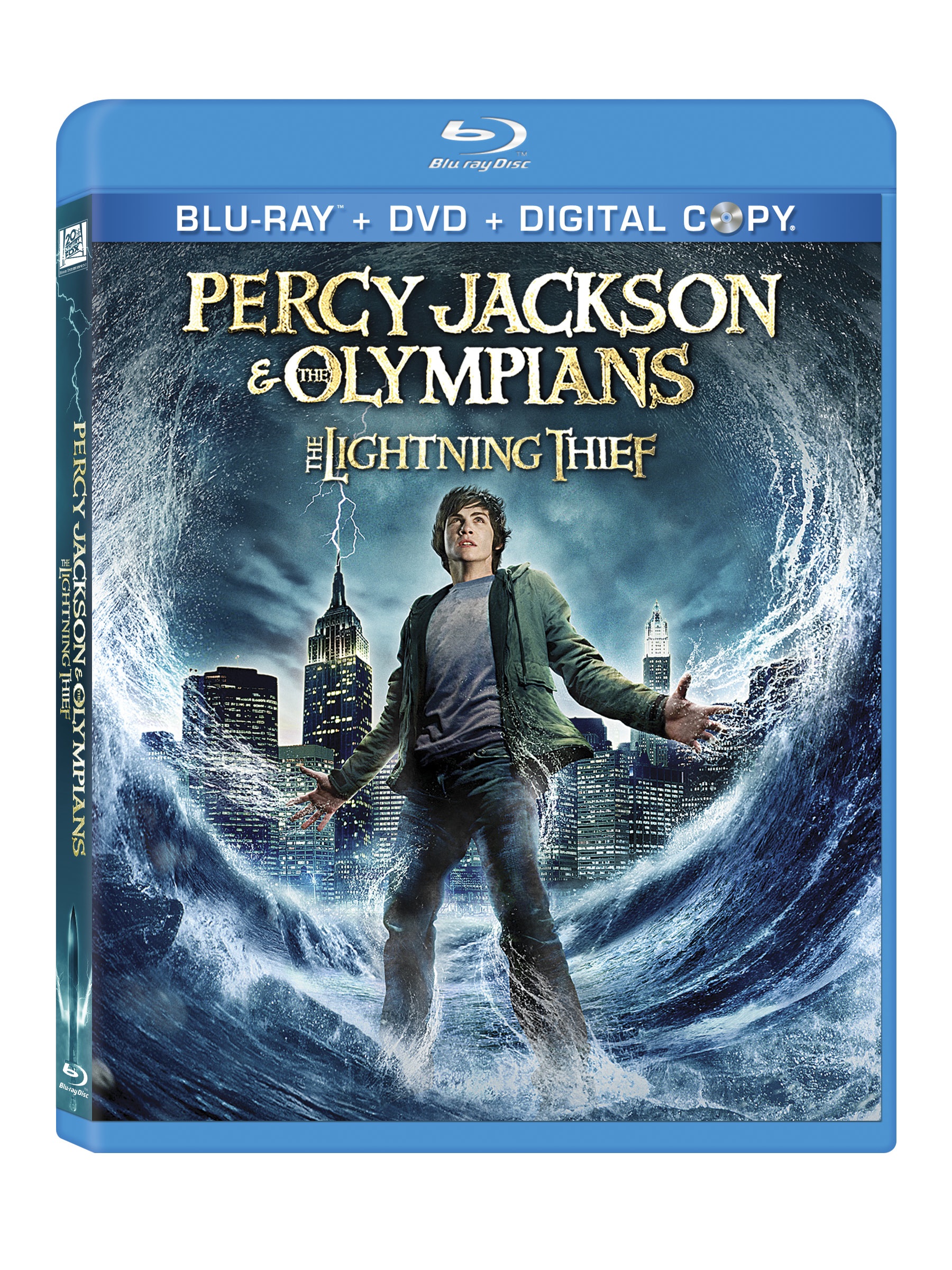 If you like your Greek Mythology as much as I do, you’ll love Percy Jackson And The Olympians: The Lightning Thief. And if, like my kids, you’ve never even heard of a Greek Myth, you’ll still love this movie. It’s full of plenty of action and special effects, and the characters are great.

The film stars Logan Lerman as Percy Jackson, the demi-god son of Poseidon, and he’s a great choice. He’s a little bit adorable, but not so over the top that the movie becomes a total drool fest. Percy must set off on a quest to find and return a very special lightning bolt to its rightful owner, Zeus, who mistakenly thinks Percy has stolen it. (Long story — but watch the movie to find out who really stole it.)

He’s accompanied by Annabeth (played by Alexandra Daddario), the demi-goddess daughter of Athena (and a terrific warrior) and Grover, a satyr who’s been masquerading as Percy’s best bud for years in order to protect him – and Brandon T. Jackson is excellent – he’s funny without becoming ridiculous comic relief, especially considering he spends the entire movie either on crutches or goat legs.

Percy and Annabeth have a little flirtation going, but it doesn’t play out as a romance, which keeps this film more appealing to slightly younger kids, like my 7 and 10-year olds.

Buy the books, DVDs, or stream on Amazon via our affiliate link

Of course the quest takes many turns and the three intrepid teenagers must travel far and face many harrowing challenges – all the while keeping my kids’ interest and mine – AND keeping a PG rating. It’s very exciting and the special effects are great.

My 7-year-old loved the cool gadgets Percy is given in order to fight off attackers, like what appears to be a ball point pen but actually turns out to be a sword when you click it. Or the shield that articulates out when necessary. Very Fun Stuff.

My 10-year-old liked the Medusa scene best, and I can’t blame him: a woman’s head covered in snakes is very compelling, after all.

I loved being reminded of all the myths I loved as a kid – and the things I might have forgotten – like if you cut off a Hydra’s head, apparently 2 grow back in it’s place, so you gotta watch out for that.

And I really loved all the fantastic cameos by terrific actors along the way: Pierce Brosnan plays a centaur named Chiron who’s been passing himself off as a paraplegic teacher of Percy’s in order to keep an eye on him. When he finally can be his true self, in the demi-god woodland safe house and training grounds where they hang out – he is resplendent in his horsiness.

It’s hilarious and I have to respect anyone who’d go from James Bond to “horse’s ass”, as he refers to himself in the film. (Totally off-topic, did you know that Pierce Brosnan designed the Spay & Neuter license plate for California? He did. Check it out.)

More cameos: Uma Thurman plays the coolest Medusa in all of cinema history, I feel pretty safe saying – she looked AMAZING, even with the snake-do. Steve Coogan plays a very funny Hades and Rosario Dawson is his self-actualized sometime prisoner Persephone. Catherine Keener is Percy’s mortal mother, still carrying a torch for Poseidon, but married as a cover to a very smelly Joe Pantoliano.

And in a very nice touch, Melina Kanakaredes plays Athena, Annabeth’s mother, and possibly the only Greek in the entire cast. She is perfect as Athena — just as I always pictured her. We can all recommend this movie very easily — and on DVD and Blu-Ray you’ll get extras like deleted scenes.

{FULL DISCLOSURE} {I was given the DVD to review and given permission to post these photographs from 20th Century Fox Home Entertainment.}