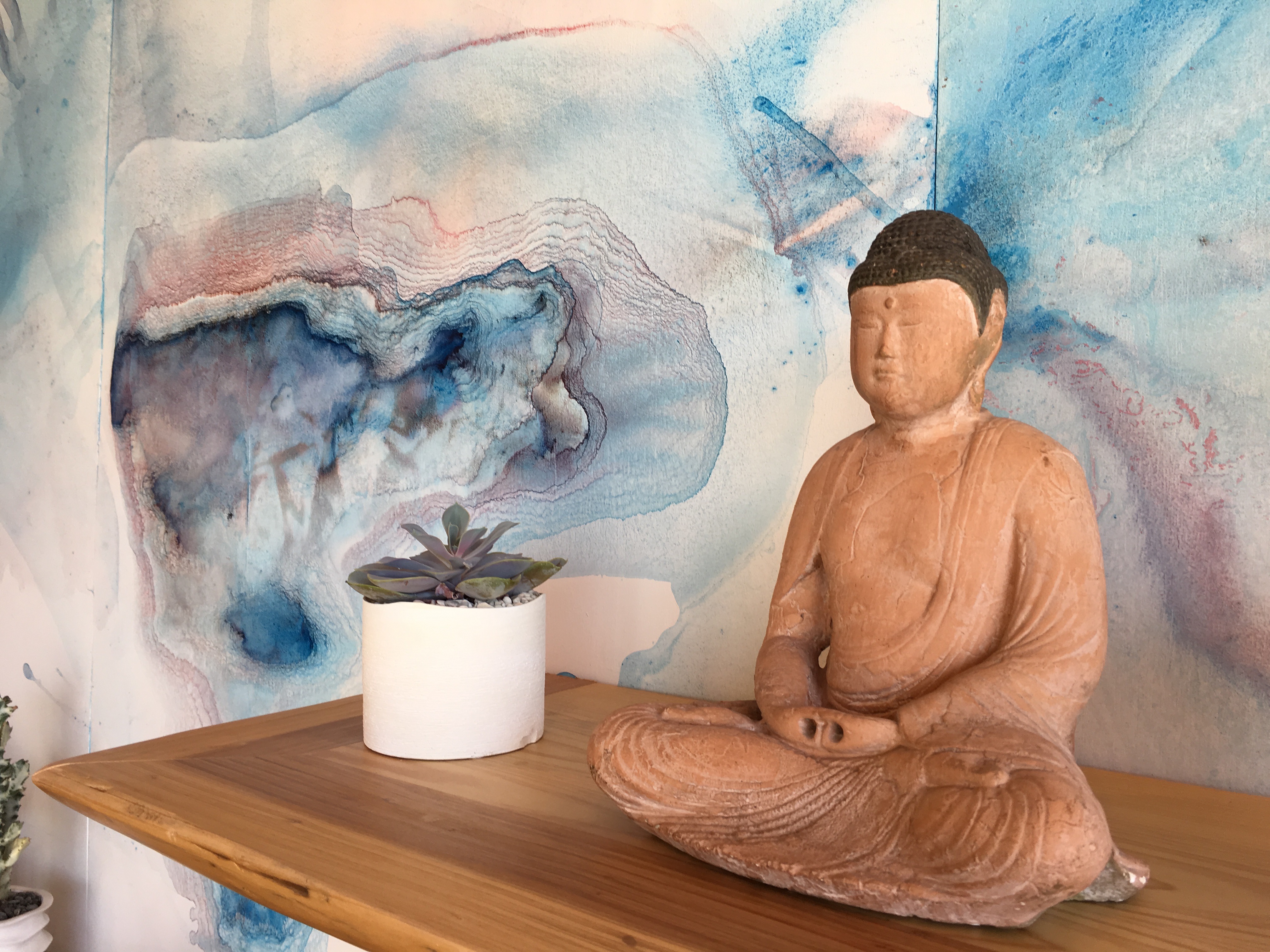 If you had told me last week I could fall asleep floating in ten inches of water inside what resembles a small spaceship, and mere yards from the Costco that’s known as the busiest in the US, I would have thought you were crazy. And yet, there I was, being awakened from my slumber by the dulcet tones of the alarm, letting me know my first Float session at Pause Studio was complete.

I was as shocked as anyone, trust me. But my sleeping self hadn’t lied: I was thoroughly relaxed.

Getting into a pod at Pause Float Studio was a little unnerving at first, and I will tell you honestly, I wasn’t sure it was my cup of tea. (Which, by the way, they serve you after you’re done with your float, in a lovely, calming room where you can transition back into the loud world.)

But apparently it was as relaxing as I needed it to be, because I felt wonderful afterwards and I really want to float again.

I remember when people used to call this kind of thing a “sensory deprivation tank,” which brings to mind something a bit frightening, but that couldn’t be further from the reality of Pause Studio, which is a lovely, calming place and a state-of-the-art facility.

Self Care is So Important

I have embarked on a bit of a personal challenge; to turn Back to School Time into Back To Me Time. Summer vacation kicked my butt this year and I barely had time for personal grooming, much less time to recharge my batteries and take care of myself.

So I gladly accepted the invitation to sample my first Float.

Preparing for one’s Float is essential. Naked is the preferred way to go, although you may wear a bathing suit if you choose. The idea is to feel the sensations on your skin and so I floated in the nude. The pod is in a private room with a shower, and you must clean off before entering. You also wear ear plugs, so the water won’t get into your ears and so that outside sounds really can’t distract you.

Inside the pod, floating in water the same temperature as your body, which is saturated with Epsom salt, you are in complete control of the situation: lights on or off, music playing or silence, pod lid open or closed – its totally up to you.

So what was it like? It was very strange at first. I had trouble letting go, even closing my eyes at first. I chose to leave the lid of the pod open, because I worried about feeling trapped, but the downside was I was a little chilly – at least, the parts of my body sticking out of the water were. Poor toes.

I gradually got more comfortable and would close my eyes for a few minutes at a time, trying to meditate, but I would catch myself opening my eyes and wondering how much time had passed! Not relaxed at that point.

Finally, and I have no idea when, I fell asleep, and was brought back to consciousness by a gentle alarm that let you know the 1-hour session will come to an end. As I got out of the pod and took another shower, the filtration system kicked in, automatically replacing the water for the next floater.

The most interesting thing about this truly interesting experience was the feeling of weightlessness, that my body was not touching any thing, but was nonetheless supported. It was delightful.

Jeff Ono, owner of Pause Studio, recommends this experience for pregnant women, since they are often not able to lay comfortably on their backs at a certain point in the pregnancy. With nothing to press against, their backs are supported and their babies are not pressing against them.

Pregnant or not, I highly recommend Moms give Pause Float Studio a try.

I appreciate being a guest of Pause Float Studio to try my first Float. Their hours and prices are listed on their website. 13353 Washington Blvd., Los Angeles 90066